Making the impossible a reality: How cloud has changed the game 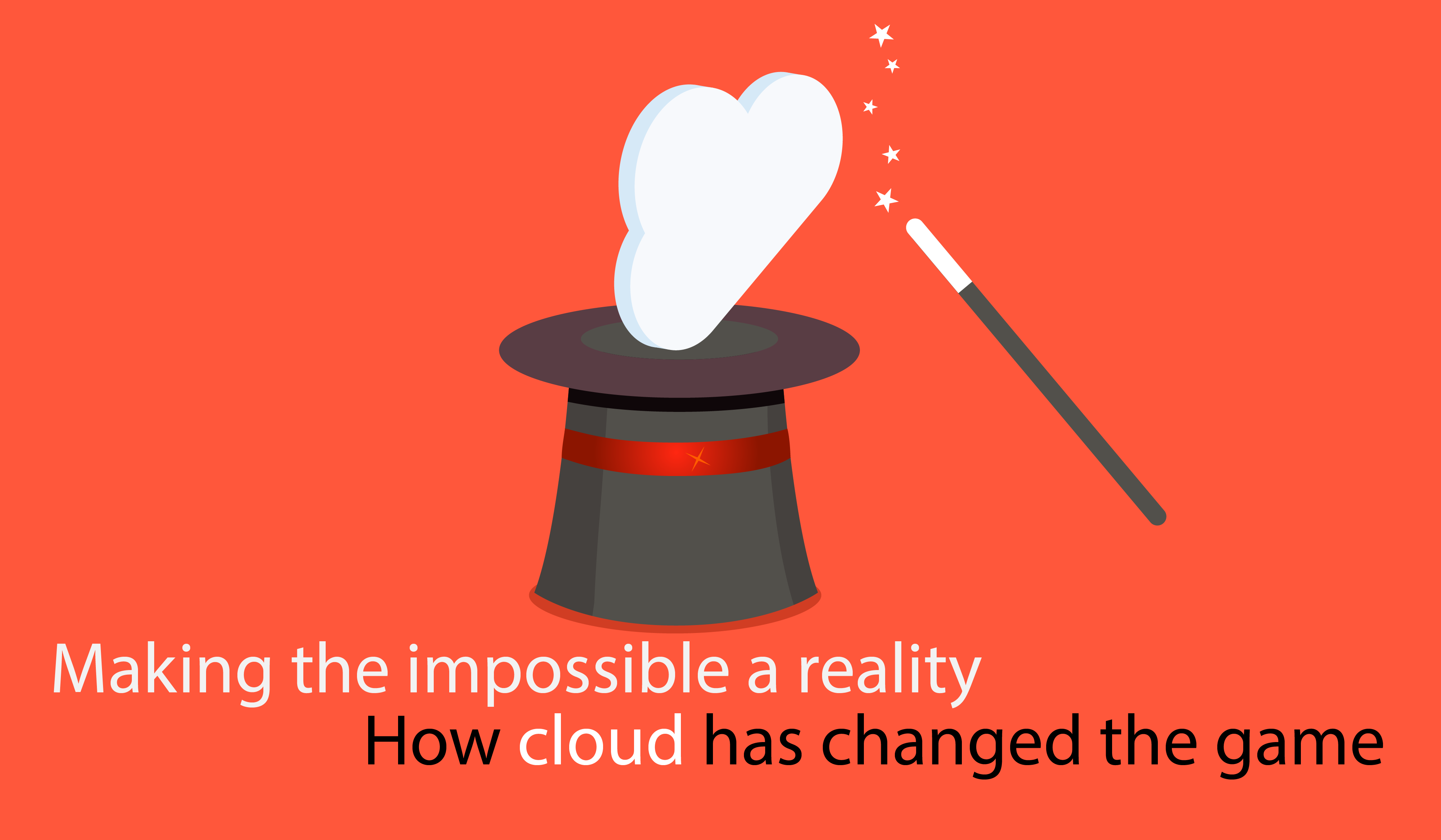 Science fiction author Arthur C. Clarke famously said that any sufficiently advanced technology is indistinguishable from magic. If ever there were evidence of that, cloud computing is it.

With online services, ordinary users are provided with access to a world of astounding possibilities – and often at absolutely no cost.

But more than the consumer services, such as Facebook, Google Maps and more, the cloud also equips anyone to experiment by accessing free or ‘freemium’ business services. With instant access to low cost computing, storage and other infrastructure, entrepreneurs have the power to try new things and fail – without risking large sums of money.

Our top picks for how the cloud has changed the game are:

Cloud services means time to market is dramatically reduced. Have an idea? Go online and get the resources you need to try it out, armed with a credit card and a couple of bucks. In days gone by, getting the necessary resources to attempt a new application, for example, would require capital expenditure, the purchase and installation of new equipment, and a likely barrage of bureaucracy before anything actually got done. Today, it is possible to spin up the necessary infrastrcuture within minutes or hours.  That means there is no need to shy away from ideas which previously would have cost tens or hundreds of thousands of dollars to attempt.

Slack, which has recently opened an office in Melbourne, is one such example. “With traditional IT, it would take weeks or months to contend with hardware lead times to add more capacity. Using AWS, we can look at user metrics weekly or daily and react with new capacity in 30 seconds,” said Director of Operations Richard Corwley.

The power to know has never reached further than the Internet of Things: by installing sensors ‘everywhere’, including in machines, animals and humans, it is possible to ‘see’ what is happening in greater detail than ever. These sensors range from temperature monitors, to heart sensors, motion detectors and many others. By capturing information without human interaction, raw data is produced which, when analysed, delivers insights, measurements and knowledge never before possible. It’s the power to know far more and in far more detail. By leveraging cloud services, connectivity and the low cost of sensors, the possibilities are endless: seeing goods movements in real time, analysing traffic movements for optimising road design, tracking people’s movements through their mobile phones to understand which destinations are preferred.

The use of streaming media is constantly growing – and there is more to it than YouTube and Netflix (which themselves depend on the cloud). With the addition of further cloud computing services, live streaming media can be enhanced with OTT (over-the-top) information which can, for example, improve sporting broadcasts. For example, the OTT services can show real time metrics such as how fast a ball is thrown, the rate of spin, how fast/high it was hit, how efficient the throw was, and more. Cricket just got even more interesting.

On-demand public cloud makes all this possible with streamlined processes and massive analytical computing power without the price tag.

Got a good idea of what people want? In the old days, gut feel was all you had to go on. These days. Using the cost effective compute power of public cloud, it is possible to access deep insights based on facts to determine what it likely to appeal to end users. For example, Razorfish processes petabytes of clickstream data at minimal cost for its clients – and some of those businesses have seen fivefold increases in their returns on advertising campaigns.

Cloud computing is making the impossible, possible. It delivers advantages such as the power to scale while keeping costs down, while only paying for those resources actually needed. The constraints of hardware are no longer an obstacle to building applications, obliterating the barriers of cost for trying something new.

Best of all, cloud innovation has just begun – and the boundaries of the possible are pushed further out every day.

If you would like to find out more about getting started with the cloud, click here to get your copy of our introductory eBook.