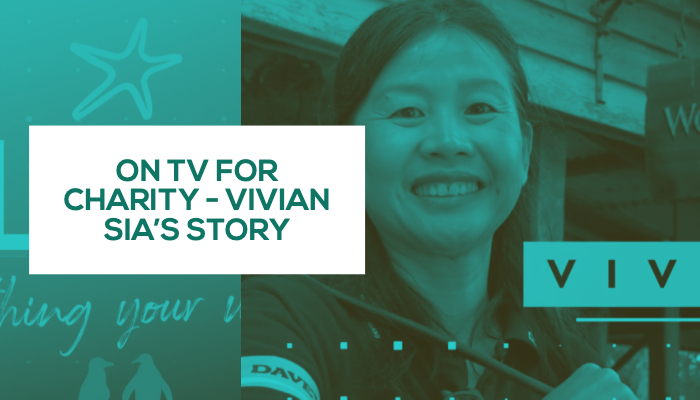 Vivian has been the key driver in Techware’s charitable efforts, forging relationships with the wider community and fostering a special connection with the Southern Cross Kids Camp (SCKC).

Over the past 12 years Techware has been a Sponsor of SCKC Golf Charity Day - "Out of the Rough" and an opportunity for a one week adventure to an unknown destination came along. The promise of adventure, opportunity to  get out of her comfort zone and to raise both awareness and funds for the SCKC was too enticing to pass up. Vivian accepted, albeit when she found out that the program would be televised nationally, she was having some hesitations!

Over the course of a week spent at Philip Island the guests had an individual goal to raise $10,000 for the SCKC. They were encouraged to push themselves to the limit through participating in extreme activities such as, surfing, Jet Boating, Giant Swinging and Flyboarding.

"I've always had a strong relationship with Southern Cross Kids Camps and I believe in their mission. I volunteered as a camp buddy back in 2006 and became so invested in their mission, I had to introduce it to our organisation.  " - Vivian Sia

Who are Southern Cross Kids Camps?

“Southern Cross Kids' Camps is a Christian organisation dedicated to helping children who have been subjected to abuse, neglect or domestic violence. Our programs are designed to bring fun and laughter back into the lives of children whose everyday existence is less than ideal.”

SCKC run fun-filled, positive, inspiring camps for hundreds of children, aged 7-11, across four states every year. Each camp has 1-3 camp directors, assistants, and a range of volunteers - including a buddy for each child - who prepare throughout the year for their chance to give 'at risk' children a place where they can leave their worries behind and just be kids.

"I really enjoyed myself alongside the other participants and look forward to the next adventure supporting the SCKC. " - Vivian Sia