The Internet of Things: Washing Machines that can SMS? 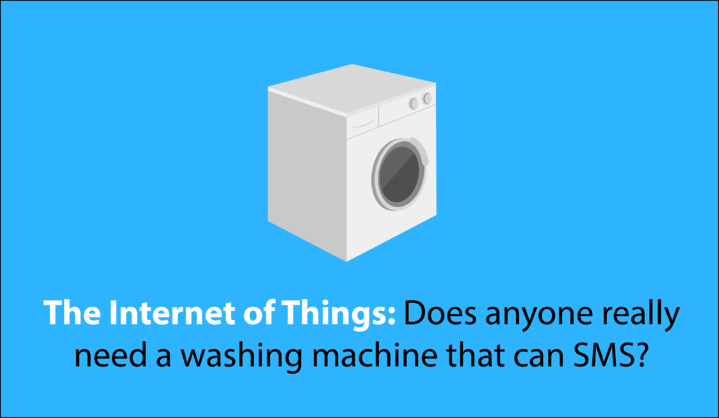 IT companies talk a lot about the ‘cloud’, automating software and new technologies that  all have one goal: to make our working lives easier. What happens when each of these elements congregate and work in unison with each other? The internet of things (IoT)

IoT is a buzzword that has been heralded around the internet for quite a while now and a Google search will yield around 170 million results. But what does it mean, is it worthwhile and what applications will it have for business?

Put simply, IoT is a descriptive term for a place in the future where physical objects will connect to the internet and communicate with each other. It differs from say, your tablet that you use to access YouTube as it is not independently interacting with other devices around it. The IoT isn’t bound by the common things that we use daily; like our phones and computers, it applies to everything.

To give an example: one of the Techware engineers, Wayne, knows when his washing machine cycle has finished, how long it took and other information that is pertinent to him at this time. His washing machine sends him text updates. To some in the office (and likely to you) it sounded a little bit excessive, but Wayne assured us there was reasoning behind it.  He knew that having a connected home leveraging the IoT his machine will know when the best time to wash and dry your clothes will be and make the decision. The factors in the decision making process would be things like time of day, power usage, cost of power at that time – his washing machine is saving him money. 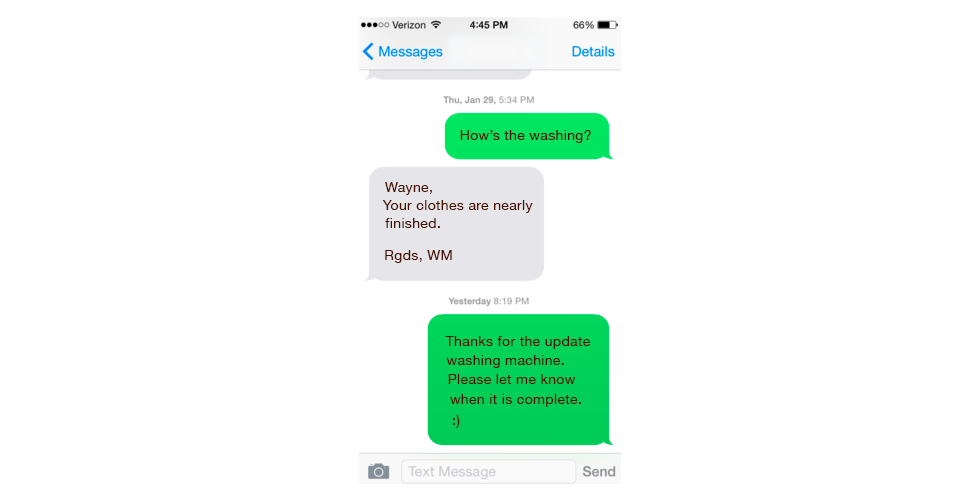 The IoT opens the door to opportunity and advancements, a lot of them. When people discuss the IoT, generally around the workplace there are some sniggers suggesting “Who needs a fridge that can connect to the internet?” Most tend to agree, it sounds laughable until you hear about the applications that are either in development or currently in the marketplace.

Nest is a great example of how the Internet of Things is revolutionizing the home. From connected lights to smoke detectors, to surveillance cameras. If the Nest smoke detector detects Carbon Monoxide it knows to ‘talk’ to the thermostat and turn off the heating, incase that is the culprit.Whilst you can control the Nest from your smart phone, it also talks to each connected appliance and stores data: The Internet of Things.

For Business, Fitness First has invested in iBeacon a technology that will inform them when their members are working out, what they are doing and how long they’ve been doing it. Based on this information they can send incredibly targeted messages to their clients to encourage them to work harder, or to show them a drink that replenishes hydration after a 4km run.

The Internet of Things, a seemingly ambiguous term that is shrouded in some confusion, one thing that is for sure however is that it’s exciting and it’s here.